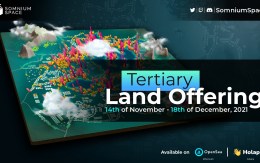 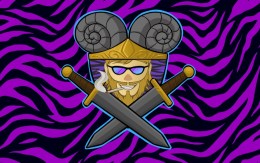 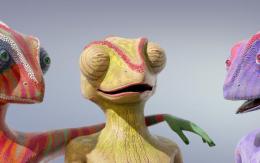 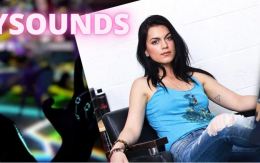 The world we reside in is a desolate, scarlet-colored cityscape littered with offal remnants and smells that make you wish you replaced your olfactory nerves with those node bulbs everyone raves about. The smog in the air leaves you with a reminder that despair and isolation is not the only way to live in a world full of replacements when you have Somnium Space newly renamed Somnium Worlds. As you smell the dust in the air from aerosol emissions of the old-model machines, you almost feel a sense of human empathy striving to come to the surface, before the sense of indifference settles. The struggle for upgrades has formed an economic tug of war; demand from those in need of parts to in-turn be able to work creating parts for robots who can afford them. Ball joint grease is a side hustle in itself and just scoring certain items could get you killed so most don’t even walk the streets after upgrading. Trust in a machine was thrown out the window after the “Machine Empathy Act of 2098 was amended into the Constitutional Rights of Centernet. The war between staying original and going for an upgrade got harder every day as survival conditions waned on helpless bi-products of what was now the “Virtual Era”.

The uncanny resemblance to what seems to be a humanoid droid lays dormant in shambles, left in the rain by what must’ve been a sucker who spent his last Bizer Coin on parts or a disgruntled parts smuggler who didn’t bring the right fitting tools. Lost are the days of playing for fun and escaping the world for a moment in VR. No, now you are either participating in the Meta Masquerade or hiding in pursuit of leaving the city limits before you are detected for the latter. Architectural designs were absorbed by artificial intelligent designs that had rigid edges and programmed 3D printed template buildings that are blueprints from a forgotten year of turmoil and protocol changes; 2034, the year we merged. The city has remnant layers of the 20th century structures underneath the newly formed neon retrofitted windows, hologram banners, and beautifully articulated narrow corridors designed to keep the sun out. The designs only a computer could make so precise made people feel at home, but alienated others like myself.

I work in a marketing firm that owns .003456729 worth of Bizer Coin and doesn’t plan on sharing it anytime soon. The mined and minted coins are now only mitigated by the sheer need for expansion, overhead and only negotiated through smart-contract systems that are outdated but seem to be the most reliable in terms of trusted transactions. No one person or machine has a say in how things are operated or negotiated, but the result always goes to the victor which can afford the timed-buys that has a transaction algorithm programmed so fast only a machine could detect and solve it in time to respond and redeem the profits. Those tightly held transactions are referenced across all connected ethos scanners and cross-referenced by a handful of cyborgs; prior drug addicts and convicts who do what they’re told so they can go home and get high on Jeezle injections.

Worldwide distribution of funds only goes to a select few who either distribute it amongst their network of conglomerates or spend it frivolously on open market art that is not even seen by humans. Art is now just jostled dots and smudges that seem to be lifeless but quickly sold for millions, to be shilled, rinsed, and repeated. The year is 2144 and we have evolved into a society that flourishes on attention, ridicules the weak, and rewards the inordinate. Everywhere you look retina scans gather information for autonomous ads, daily palm connector reminders, and memory voicemail messages that get stored and lost in your Neck-Byte processor. This new intrusive way of advertising was a new bill passed by the corporation “Centernet” 10 years ago after running and winning the presidency in 2036. This result was not by choice but due to malicious banter, false engaging narrative slander campaigns, and input surveys taken by other machines. These were backed by compliance rewards with discounted parts. Participating in this flawed voting system is obsolete by design and fraud fueled decisions no longer required remorse in a broken world. Flawed systems were a normal aspect of everyday life and segregation was key. Citizens were not allowed or able to connect with more than 200 people per square mile. Services were done by Centernet on separate networks and city governed servers that each city was designated to use; supposedly to keep us “connected”. A monopoly on communications field was by none other than “Centernet.” A company who was now in the government sector of each abandoned city that was not overrun by hackers and Alpha dealers.

The time was 8:53 am and I haven’t had my coffee yet. I stay up late secretly chatting on a private IP address and server that runs Somnium Space. I am used to too little sleep because in a sense this is my only way to get moral upgrade points, which I need to power my Sleep Diffuser, run by deep learning protocol in which only they provide anymore. Let me be clear, I am not addicted! This is mainly helped me to stay up to complete tasks I am expected to accomplish without cybertronic programming for use in the real world. I am not ready to consent to anymore terms and conditions than I already have.

“Hey, it’s the only way I make a living.” I respond to chat with a girl from a foreign country logged in on my newly installed “palm connector”. We stare at the bonsai trees and reminisce on the smell of the old world. Our premade surroundings have meshed in with sensory mats on all sides that mimic the environment you are placed in within the Somnium World program update. It gives you the sense of a real Japanese Jutakus or Minka’s (which became super popular in 2029 after a viral anime-geisha avatar became a staple of societies way of interacting with each other). Through AI partnerships and relationship analytics this data gathering became a mandated assignment to “anticipate” what you wanted out of  future connections.

Even though the response was well received the initial programming was mapped onto our parent’s genetic metadata and from preprogrammed machine-learned responses almost every possible outcome has been predetermined. It found our weaknesses for narcissistic behaviors and trap us in cynical constructs of our ingenious creations. Needless to say, we were charmed out of our social circles and forced to play “The Connection” game.

To isolate ourselves in a hospice-type environment until we either exported onto Centernet permanent servers was one option or you died with the end game of stealing your experiences which were keyed up and tracker points were harvested as future research metadata. The ads that were previously a choice to pay attention to were advertised intrusively and interrupted our everyday conversations. “So do you like VR?” Noen was a cyber-tronic: model-7 preprogrammed hardware asked me politely. Upgrade iris implants became a trend that slowly took aways consent and filled that void with product placement. Past habits and intrusive searches make a daily walk seem like an adult version of peek-a-boo as you try to shield your eyes from the glint of catchy commercials and jingles that the programs know you love and have a hard time getting out of your head. Over your last 10 years on the newest social platform, this is the result of constant tinkering and peering into our perceptions and experiences.

As I sit in Somnium Space I remember my first journey into this holy ground of untouched and unadulterated freedom that still flourishes today. This is the only way. This Somnium World is where a lot of people divergents and degenerates with coding backgrounds spend their time. We all meet up at a specific time to iron out details on how we can reset this mockery of a dystopia nobody enjoyed or willingly participated in. The empirical evidence was not far from just taking your “Cosmos Eye Contacts” out and seeing the real world for what it was, a desolate wasteland of consumerism and volatility. We have to keep embarking on new ways to change the way things run.

We gather for one last VRace to clear our heads and get ready to launch a wave of insurgent shock impulses that should cause the Centernet system to shut down for 7 minutes while we replace the old hardware with new Somnium Cube batteries. This should effectively replace the need for advertising with choice-driven marketing ploy, that will give us free will back but will also reset mandatory written laws that will defrag the whole Centernet database. In the end, hopefully this will restore past memories and releasing everyone tapped into the system from previous life-long smart contracts to be free from debt to roam about and well, do nothing if they choose so. The autonomous machines will continue doing what they were designed to do but once the project “Somnium World” is installed and implemented on Centernet, the possibilities will be endless and up to us again. We will create the future machines, not the other way around. We will endow the codes and service programs of our ancestors to uphold the real reason why we designed this system in the first place, progressive evolution. Once again we will control the rudimentary components that started nominally but mutated exponentially into a machine learning entity that shifted its sights and calculated its way out of our grasps and into the role it was used to playing: god.