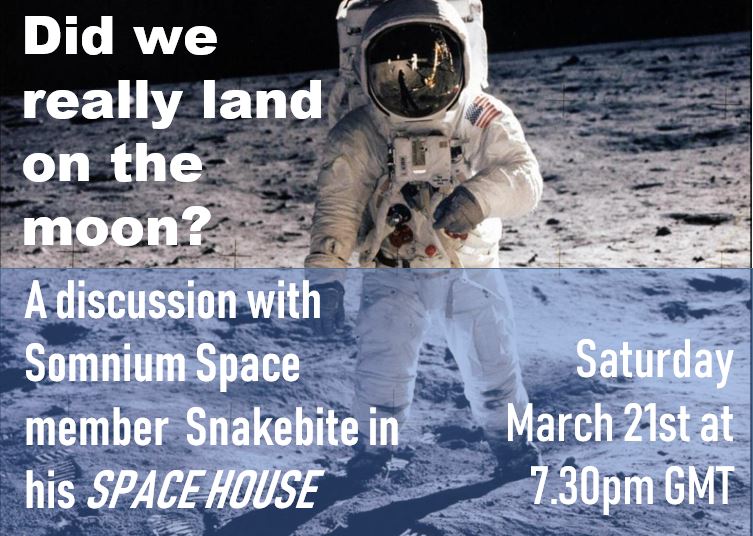 Did we really land on the moon?

Join member Snakebite for a discussion

We all know the United States landed on the moon when the Apollo 11 crew set foot on lunar soil on July 20th, 1969. Right? It’s considered a fact for many, but some people question it or even call it an outright hoax.

It’s a controversial view that the moon landing never happened and was faked. But Somnium Space member Snakebite believes there are strong arguments that support it.

In fact, he believes so strongly in that the actual moon landing never happened that he has used one of his Somnium Space parcels to build his so called Space House.

Anyone who is interested and would like to hear more and have some good and fun discussions, come join him!

Get yourself some parcels!