Home » Generative Art: What Does It Mean For Culture And Art 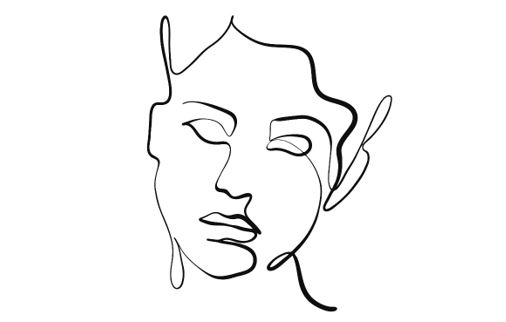 Generative Art: What Does It Mean For Culture And Art

Generative art as a form of expression brings new questions regarding humanity. Regardless, NFTs and blockchain have made it more commonplace.

With modern technology, art now can be generated by systems that are considered autonomous. This is how a new form of art was born: Generative art. The term though, is not as contemporary as one might imagine. It was coined in 1965 by Max Bense, a German philosopher. It basically is an automated way of producing an artistic output, though a process that is carried out by an autonomous system, that is defined by the artist.

Generative art is a trend that is not to be dismissed. Today, you can find a platform that is fully dedicated, not only to NFTs, but to generative art content. Art Blocks is fully committed to generative art as a medium. If you go to its curated projects, you’ll find that 62 collections have been curated. The platform has over 200 artists featured as well. This is quite impressive for a medium that exists on a technology that is still to be adopted by the masses, on an artistic trend that is not as mainstream. Add to that this is just one platform.

There are several things that has allowed the explosion of generative art. The invention of the graphic user interphase (a big innovation in the field of computing since the term was coined back in the 1960s), the introduction of AI and algorithms, plus the technology that allows people to own digital assets —the blockchain and NFTs— has allowed generative art to emerge fully. That is, technology becoming more accessible for everyone.

An element of randomness has to be introduced in the code and the algorithm that control the process, the artist is furthered removed from the planning and the control of the final output. What you have as a result is something that is a very deep form of creativity. The artist creates an autonomous system in his or her own image. This autonomous system goes on to generate art, on behalf of its creator.

This is a relationship that begs the question of whether the artist is playing the role of God. Those who are involved in generative are technically producing a creative entity in their own image. It also begs the question of where human creativity ends. In a way it’s like giving parents some sort of compensation for the success of their children because they raised him or her. Of course, this questions are not from a legal perspective, but from a philosophical one.

This artform is concerned, at its core, with ‘birthing’ some sort entity which will in turn create art in the image and vision of the artist. Which means that just as important as the output (or even more so) is the creative process. In this ultimate form of creativity, the artist’s real output will be a system that represents his or her vision. And even though the creative process is talked about quite often, this is something that usually remains in the shadows. Something that might be fascinating, but not central to the art audiences. Historically, audiences have been mostly concerned with final artwork. That might change with generative art.

What this means for culture

So all of that is with regards to art, and what it means to be an artist. But if we are talking about culture, generative art might spark a discussion —as said previously— about what it means to be human and what the frontier with Artificial Intelligence actually is. Producing algorithms and AI that are capable of artistic expression might lead us closer and closer to the potential sentience of artificial intelligence. As technology takes over the more “humanistic” endeavors, we might be drawing nearer to the point of singularity, when technology’s growth and evolution will escape human control.

It is also a good way to start reflecting about what are the actual limitations of our body. Previously, the analogous forms of art required a physical interaction with materials that meant that the artist had some sort of stains on the cloth from the painting, or the hands filled with clay or whichever material was used to sculpt. Other early forms of generative art might have left some sort of mark in the body of the artist. After all, the autonomous system that is used for generative art doesn’t have to be a software exclusively. It can be biological, mathematical or chemical system, for example. Still, with today’s most popular form of generative art, an artist’s relationship with the artwork might be confined to the typing down of inputs into the code that will govern the output. And so, if an autonomous system is responsible —at least partly— for the creation of an artwork, does this mean that it is a part of the artist that created it?

As we journey into the metaverse we might ask ourselves several things regarding space: Is it something we perceive? Is it physical? Same happens with these autonomous systems and our bodies. Are they an extension of our bodies? Of our minds? The way we think of ourselves, culture and society as a whole will surely be different when the metaverse and generative art become commonplace.

For now, think of the experience of going to an art gallery in the metaverse. You’ll be visiting a virtual space, with a virtual representation of yourself, looking at art that perhaps you will never touch. Add to this that there is the possibility that the art you’ll be looking at could have been made through an autonomous system. A virtual representation of the artist’s vision.

What are some examples of generative art?

Of course, to really know what is generative art, it’s always good to have a look at the real thing. Dmtri Cherniak created a really elaborate algorithm that created ‘Ringers’, a collection of NFTs that consists in pegs and strings that wrap around those pegs. What is very cool to see is the effect of the wrap that is created, and the aesthetics that is produced.

Another example is ‘Chaos Machine’, by the art collective known as Distributed Gallery. It consists of two identical installations in different locations that look like jukeboxes. Both copies are connected via the Ethereum blockchain. The spectator inserts a bank note and music plays on both jukeboxes from a user-generated playlist, as the bank note is burned. Later, a crypto token is minted and a QR code is printed. With this QR code, the spectator adds another song to the jukebox.

What is SOPRG? SOPRG stands for Somnium Prucha Gallery. It is a family-owned gallery (owned by the Prucha family) from the Prague, Czech Republic. They decided to enter the NFT game and opened up a virtual gallery. Originally from the more traditional, physical art gallery sector; SOPRG now helps artists leap into the NFT space. To make the jump complete, they decided buy a parcel in the Somnium Space metaverse, which is available for visits.

SOPRG is fully focused on art. We are totally fascinated with the possibilities that new, digital technologies have brought for art, which is why we are very glad to start this new partnership with Somnium Times. We will produce content for newly-created arts and culture, to put into perspective what the full impact of NFTs and the metaverse will be. 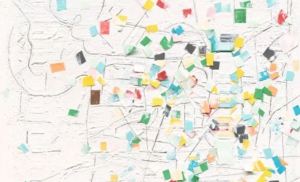 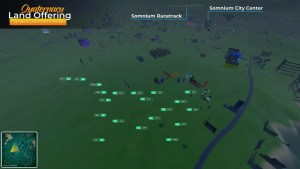 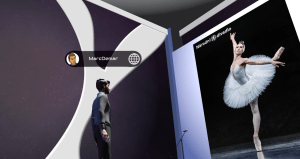 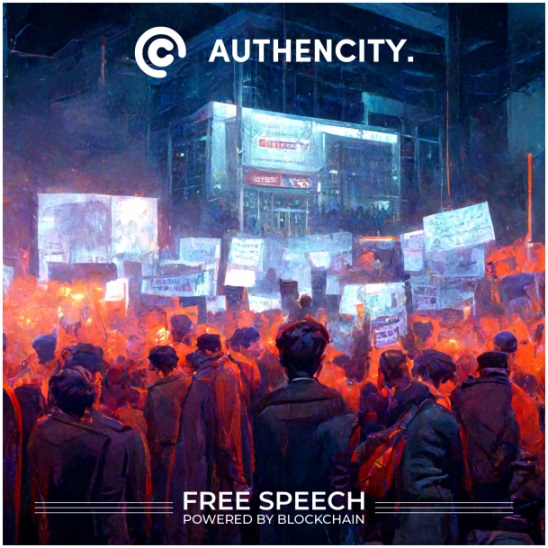